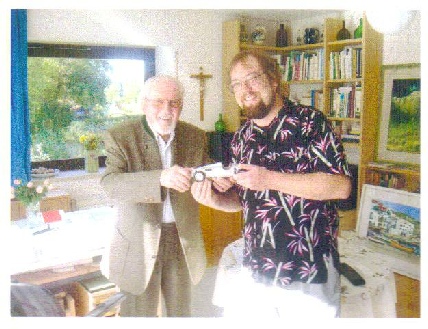 Grandfather and Grandson meet at last:

(Our first ever face to face meeting had occurred the previous afternoon, when Julius greeted me at his front door. This picture was taken the next morning – my 46th Birthday - in Julius’ living room/studio. He is presenting me with a model car (Auto-Union TYP C 1936-1937) which had been given to him on his 90th Birthday in appreciation of his contributions to the German auto industry. – D. A. Wilson)